Overtime and the U.S. Work Week 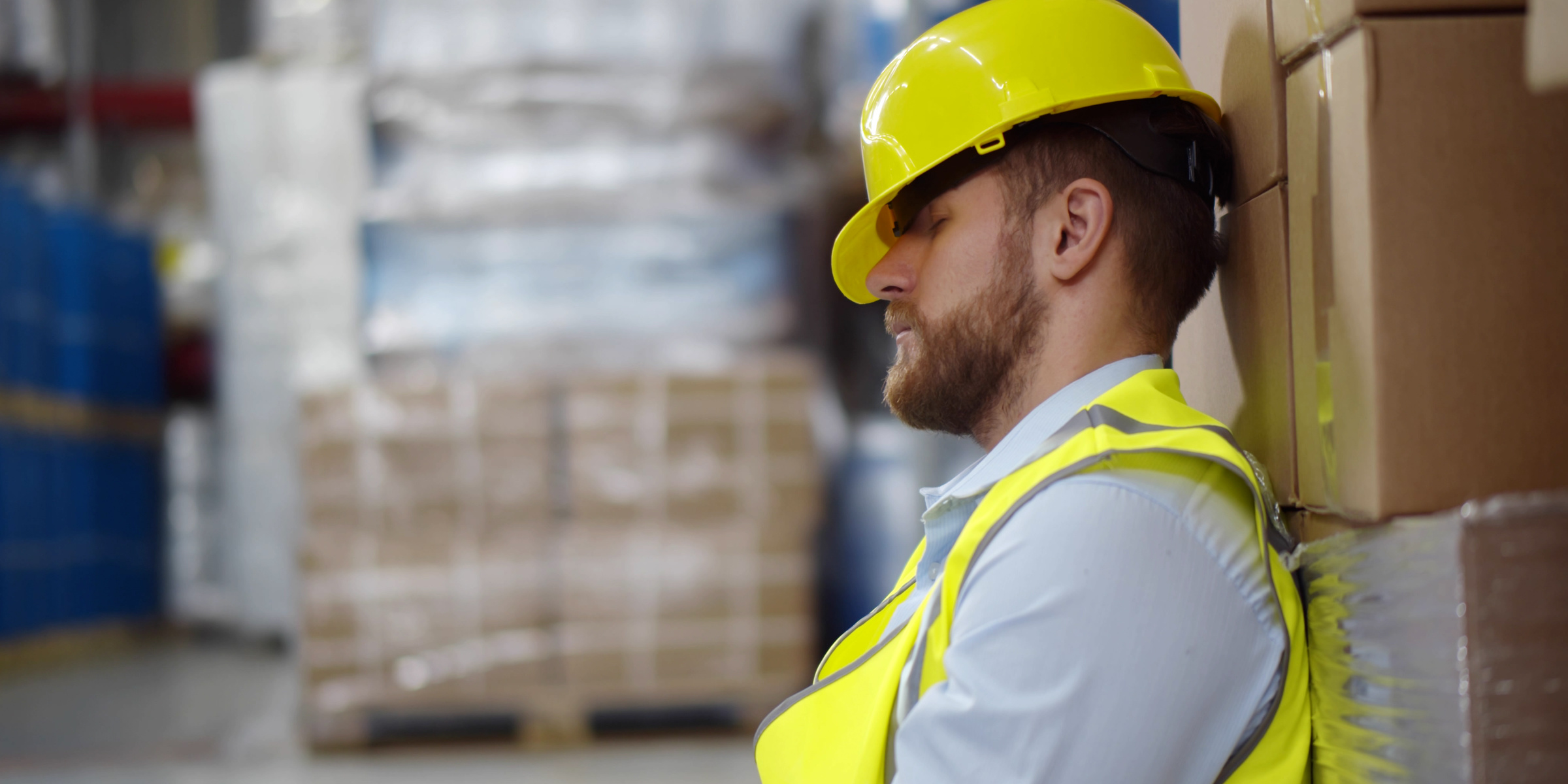 Employees in the U.S. work the highest number of work hours per year compared to the rest of the world—about 70 more hours per year than workers in Japan, and 350 hours more than in Europe. Longer workweeks and fewer weeks of vacation in the U.S. combine to produce this discrepancy.

America is one of the few industrialized nations that does not mandate a minimum number of paid vacation days per year. No U.S. federal laws limit the number of hours that people can work or can be asked to work, except in a few select safety sensitive occupations (e.g. the transportation industry). This, combined with the lack of mandated vacation time, contributes to the high annual work hours of the average U.S. employee.

Average Hours of Work per Week

The traditional workweek in an office or other discrete operation in the U.S. is generally considered to be 9 a.m. to 5 p.m., Monday to Friday—40 hours of work. However, 40 hours per week did not become the standard until the early 1930s with the introduction of the National Industrial Recovery Act, the forebear of the Fair Labor Standards Act (FLSA).

In 2013, the Bureau of Labor & Statistics reported that the average hours of work per week in nonagricultural industries is 38.5 hours, with full time workers averaging 42.5 hour workweeks. Figure 1 shows the average hours worked each week by employees as broken down by industry.

Figure 1. Hours Worked Per Week Based on Industry 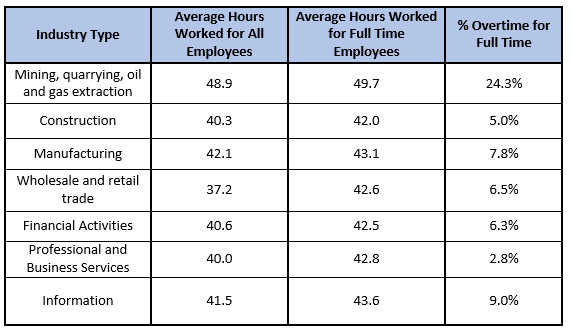 Naturally, overtime is most applicable to employees who earn wages based on an hourly rate. Though the standard workweek as defined by the Fair Labor Standards Act is 40 hours of work, many hourly employees work in “extended hours” facilities that require at least some level of overtime from employees in order to run operations continuously.

The definition of overtime is not limited to hourly employees who, in the U.S., must be paid a premium for hours worked over 40 in a week. The definition also applies to salaried employees who are not required to receive extra compensation for the length of time they spend at work. These salaried workers are just as likely to work overtime, and are equally susceptible to the issues relating to overtime. 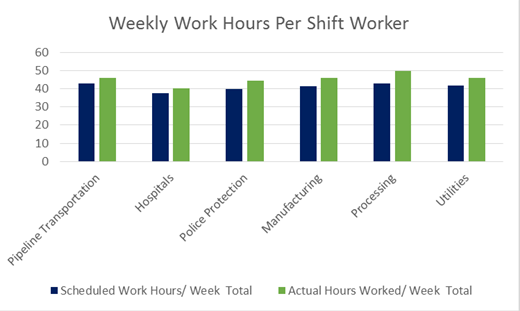 The discrepancy between scheduled vs actual hours worked is not surprising, especially among understaffed workforces. Operations that had ‘just enough’ or ‘not enough’ workers covering permanent positions had significantly higher absenteeism rates which results in unwanted increases in overtime for the rest of the workforce (Figure 3).

Figure 3: Absenteeism Rates of Operations based on Staffing Levels 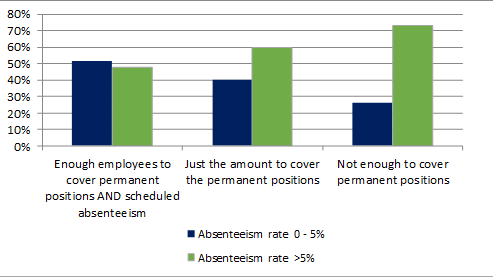 If overtime is equally distributed across employees, up to approximately 12 percent overtime is an acceptable overtime rate for a workforce, based on Circadian’s research. Overtime varies not only by industry and company, but also by employee. For instance, our research indicates that, in many industries, 20 percent of the employees work 60 percent or more of the overtime (Figure 4).

As accidents and safety problems can be caused by one fatigued employee, the risk can increase as the distribution of overtime becomes more skewed. The imbalance exposes the pool of high overtime employees to extra health risks, and exposes the company to increased health care costs, absenteeism costs, safety issues, and legal liability.

Figure 4. Actual distribution of overtime at an extended hours facility. 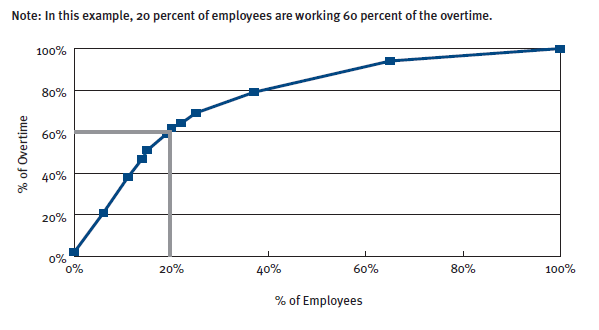 Want to learn more about how to reduce overtime?

Interested in learning more about overtime levels across industries? Want to determine if your operation is functioning at an efficient staffing level?

CIRCADIAN® is the global leader in providing 24/7 workforce performance and safety solutions for businesses that operate around the clock.Â  Through a unique combination of consulting expertise, research and technology, software tools and informative publications, CIRCADIAN helps organizations with traditional and/or extended operating hours optimize employee performance and reduce the inherent risks and costs of sleep deprivation and fatigue.

Read More
Contact Us
Call Us
Email AN EXPERT