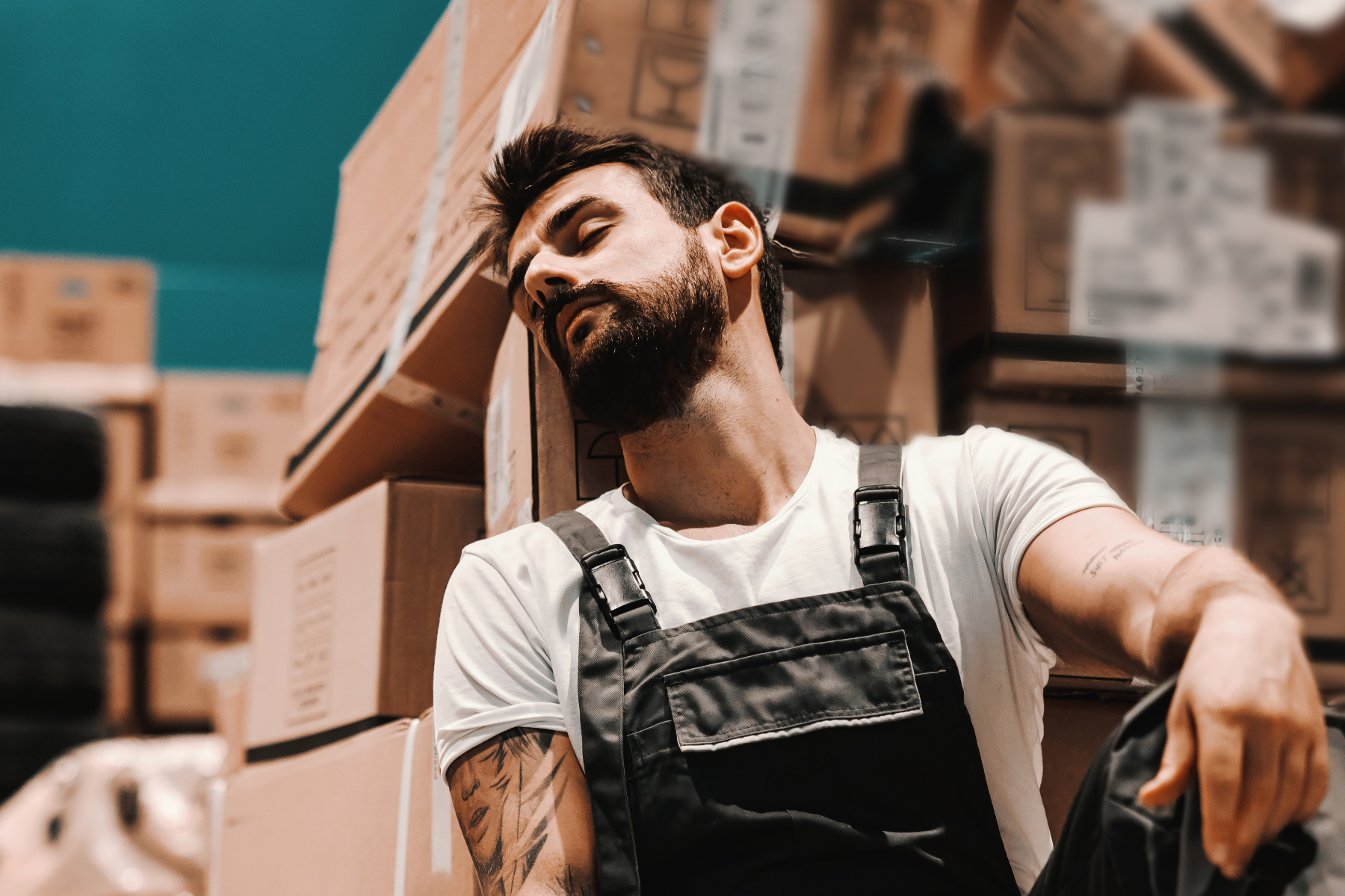 Many employers provide work breaks to employees, whether paid or unpaid; however, this common practice isn’t federally mandated – with the exception of required breaks for nursing mothers. Fewer than half of the states require employers to provide a meal break, and the specifications of these required breaks vary by state.

While this is a common practice, it’s not necessarily the best practice for every operation. When on the night shift, for instance, shortening meal breaks while increasing the number of short breaks can increase the effectiveness of breaks.

In operations that allow for workers to easily cover for one another, workers should be encouraged to take a 10-15 minute break after roughly two hours of continuous work. This can mean as many as four breaks on an 8-hour schedule and five breaks on a 12-hour schedule (including the shortened meal break).

Frequent, short breaks allow workers enough time to leave their work stations for a quick walk or to eat a snack, which in turn can reduce fatigue and/or boredom while on duty.

The short-break strategy offers several advantages over the traditional model – not just in terms of employee morale and productivity, but safety as well.

In one study examining the impact of breaks on the risk of workplace injuries, workers in an engineering plant were each given a 15-minute break following two hours of continuous work.

As depicted in Figure 1, relative injury risk rose substantially and linearly between successive work breaks, with the relative risk more than doubling by the final 30-minute period before the next break. 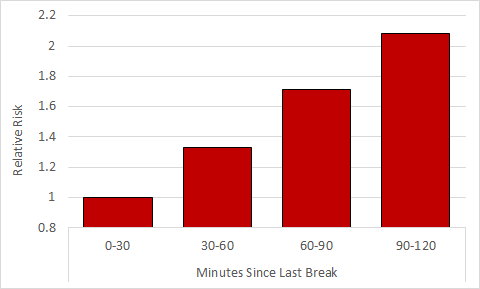 Interestingly, this trend didn’t differ between the day and night shifts, or for the three successive 2-hour periods of continuous work within each shift. It’s important to note, however, that the relative injury risk is collectively higher on the night shift than on the day shift.

Frequent, short breaks can clearly be a win-win solution for both workers and management that reduces fatigue, while simultaneously improving morale and safety.

Read More
Contact Us
Call Us
Email AN EXPERT